I am a super fun, travel-loving, Disney-obsessed wife and mom who was born and raised in the Chicago suburbs. I currently live in the same town where I grew up and my children have had some of my same teachers in school! I will talk Disney with anyone who will listen and love Disney trivia. I volunteer for both of my children’s schools, and I’m a former elementary physical education teacher. I recently celebrated a milestone birthday in Hawaii at Disney’s Aulani Resort and Spa and even danced with my favorite character Goofy at my birthday breakfast. When I’m not playing taxi driver to my teens, I am working on our upcoming vacations or helping others plan theirs. I also served on the Disney Parks Moms Panel in 2015 as the Disney Cruise Line Specialist. https://disneyparksmomspanel.disney.go.com/meet-the-moms/panelist/tracy-v-341/
Our family loves cruising Disney-style! 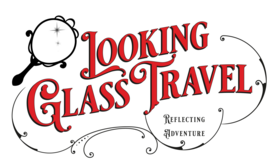