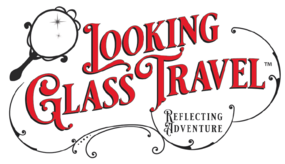 
Hello there!
We are a husband and wife travel agent team, living just outside of Phoenix, Arizona. We have a 14 year-old daughter who is as big of a travel fan as we are, having been part of our vacationing trio since her toddler years. We are travel enthusiasts who love exploring new locales as well as visiting tried and true travel destinations. We met while working for the Disney Store, and 22+ years later, we are still nerds about all things Disney, logging over 50 trips to The Disneyland Resort since 2000 – but Disneyland isn’t all! We also love our family trips to Walt Disney World Resort, Disney Cruise Lines, and anywhere that adventure may call. Stephanie is a travel planner extraordinaire, from directions and routes to lodging, dining, and things to do, helping make all of our travels a fun and exciting adventure! Craig is a writer, editor, and Disney historian, having written for and about the Walt Disney Company, as well as consulting on numerous Disney books. Favorite subjects include Walt Disney, company history, theme parks, and Disney films – so yes, pretty much everything Disney! Outside of Disney travel, some of our favorite family trips have included New York (So much history and Broadway!), Washington D.C. (Did we mention history?), and numerous national parks (Yosemite, Sequoia, Grand Canyon, Shenandoah, Zion, and Bryce Canyon to name a few!) We can’t wait to make more travel memories and help others make theirs as well!