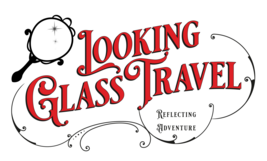 Hello! My name is Chrissy and I am that crazy Disney obsessed friend. My love for all things Disney started at a very young age and has continued in adulthood. Because I was a cast member, my children have been lucky enough to grow up in Walt Disney World and I love being able to spread that excitement on to my clients. I have been lucky enough to live in some very cool places in the USA such as Las Vegas, Florida, and NY. While Disney will always have my heart, I have enjoyed Universal Studios, Seaworld FL/CA, and Busch Gardens FL/VA, cruises, and just weekends away at beautiful beaches. Getting away for a long weekend is one of my favorite things to do, so if you just need a hotel for the weekend, I’ve got you covered.